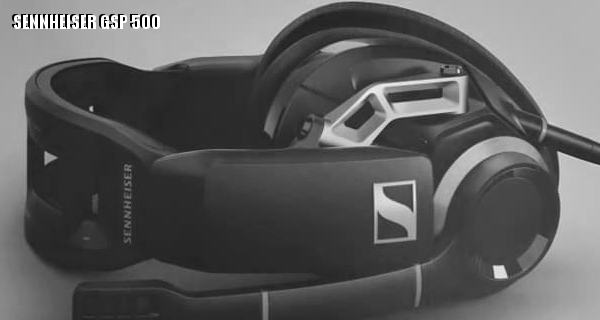 So it’s happened. Your gaming headset has finally worn out, or it’s gotten so much use it’s begun to fall apart. Perhaps you’ve always had a subpar set, and now you’re finally ready to invest in something that should last you a long time. Maybe you’re a big proponent of having the best audio quality you can afford for listening to music on your device. But you also want something you can use to communicate with your teammates.

CONS: The absolutely most finicky people may need an accessory.

NICE TOUCH: The headset hanger that clamps onto any desk or entertainment center.

I was pretty much in that exact boat. I’ve had a number of headsets over the years. Of varying quality. Of course on the absolutely lowest end, I was pleasantly surprised by the YouUSE headset from Five Below.  A great option for those on a shoestring budget. But this is in the complete opposite end of the scale. My trusty Turtle Beach EarForce X12’s were finally falling apart. Quite literally. The material around the headband began flaking up, and the cabling began getting jumbled up. The microphone also began getting a lot of echo and feedback issues. I think it had a break in the wire somewhere. But for a long time, they were my flagship set, and even used USB power to give it some bass boost.

In any case, I had to start researching replacements. And when I began looking at the higher end of the scale, one company consistently seemed to get more praise than a lot of the more well known audio brand names. Sennheiser has been around since 1945, but here in the USA they’re not as well known except in enthusiast circles. You’re more prone to seeing the Beats ads on TV or the Turtle Beach range of products in a store. And of course, you will find PC Part vendors and peripheral makers’ names on stuff.

Based out of Germany, Sennheiser has a storied history of highly regarded audio equipment. They make everything from microphones and speakers to industry equipment broadcasters, recording companies, and movie studios use. And since audio is their core business they put a great emphasis on getting it just so. Suffice to say, it isn’t cheap. But it is high-quality stuff you’re going to get for the price they’re asking.

I was fortunate in that while researching what I wanted, my family had done the same and chipped in at Christmas to get me today’s pair of headphones. Which are actually a tier above the set I was going to eventually purchase. The Sennheiser GSP 500 is a fantastic headset in the realm of boutique level options. You’ll find the level of presentation begins once you open the box. The inner packaging is molded to fit the headset nicely, keeping things from jostling around during shipping. Upon inspection, you’ll notice that there are no cables coming from the headset despite being billed as a wired connection.

Well upon closer inspection you’ll see a hole near the left speaker cup. The cable on this headset is modular. And there are two cables included. The first is a Y cable for 3.5mm jacks. Basically, this is the one to use when you’re using the headset with your computer. One plug for the speaker jack on your computer, and one for the microphone. The other cable is for console setups like the Sony PlayStation 4.

The microphone is a broadcast-quality microphone. It sounds clean, it reduces background noise and in the time I’ve used it I find it rarely echoes unless I have the software settings on my computer really cranked. When playing online with other people I have yet to have anyone tell me they can’t hear me, or that the audio is too fuzzy or that I sound like I’m underwater. This has been a massive improvement over my faltering X12 set. Streaming also seems to have seen an improvement. People have yet to really complain about issues hearing my voice or not hearing my voice.

On the audio front, I can’t complain about a single thing really. The first thing I noticed upon using them is just how many small details I was hearing that I seemed to miss with the other headsets I’ve owned. For example, when streaming Splatoon 2 a few days ago I could hear clanging steel beams in the distance of Sturgeon Shipyard Something that I never picked up on my X12s. During the gameplay, I even heard enemy players slowly swimming in their ink much more noticeably than I had in the past. On other headsets, I had to really try to focus my listening to find that small detail. With the GSP 500’s I didn’t really have to put that kind of effort in. The sound was clear. It was still lower than the music and weapons fire. But it was fairly obvious when people were trying to swim by slowly. That bubbling noise was much more easy to hear. 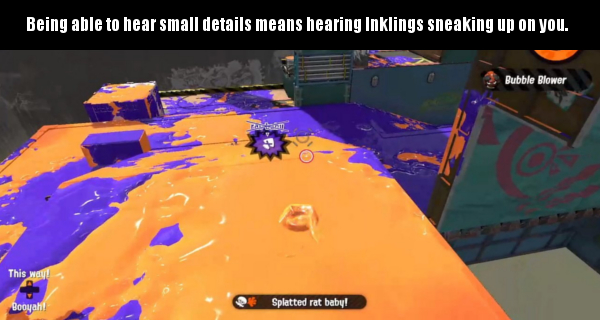 When using the headphones for non-gaming media, the same praises can be thrown the GSP 500’s way. When watching videos, shows, and films the spatial sound quality was fantastic. The separation between characters and audio effects was very impressive, and listening to music was even better. And while this set doesn’t have anything powered or boosted by a USB cable, it doesn’t need to. The bass, treble, highs, lows come through with flying colors. It doesn’t matter what kind of music you’re into, it’s highly unlikely you’ll find anything to complain about here. In fact, it’s highly unlikely you’ll ever want to go back to the last set you’ve used.

I also love the fact that Sennheiser had the foresight to put a volume knob on the headset itself. One of the annoyances I’ve had with other headsets I’ve owned is the placement of a volume dial on the cord. This has often resulted in the dial hitting the desk or getting stuck on the desk when I’ve moved, or have gone to get up from my chair for whatever reason. Another nice touch is that the microphone mute button is enabled when you fold up the microphone. If you need to mute yourself during a game, lift the mic back up, and you’re quiet. No flimsy switch to deal with. It’s nice and intuitive.

Of course, if you’re like me you may spend hours at the computer. If you’re using a headset instead of a set of speakers and a microphone comfort is going to be a concern. The GSP 500’s have an easily adjustable headband with a nice amount of padding. If you put them on very tightly I could see that resulting in some minor annoyances. But I’ve had no issues with comfort. These things feel great. The padding on the speaker cups is soft and very comfortable. The headset feels like a warm, inviting pair of the best earmuffs you’ve ever owned. Moreover, they’re removable. So if you plan on using them for many, years and you worry about them getting messed up and worn out from years of dirt or sweat you can replace them without having to replace the entire headset.

My set also came with a nice plastic headset holder which nicely fits onto any desk or entertainment center. It’s a solid plastic build too. It doesn’t feel cheap, flimsy, or brittle in any way whatsoever. In fact, the headset has that same feel. None of the plastic parts feel subpar at all. The underlying construct of the hinges is a solid metal too so unless you’re just really rough on your equipment you can expect it to hold up fairly well.

The other bonus that came with mine was a desk mat sized mousepad. Not a major feature but it is a nice little inclusion that feels like a “Thank you for buying our peripheral.”. It isn’t the highest grade mousepad you’ll ever own. But it does save you from having to go buy another one down the line when the one you’re using gets too worn out to bother with anymore.

In short; this is the best headset I’ve ever owned. As much as I loved my Turtle Beach set, this blows it out of the water. I can hear little details in games, films, shows, and songs that my last set barely picked up. The spatial qualities make everything sound much more immersive. The microphone quality is a massive jump over my previous one. The modular cables make worrying about tripping over something less anxious. (Not that you want to trip over a cable anyway.) The placement of the volume knob is a small thing, and yet something I wonder why isn’t far more commonplace.

If I wanted to really get nitpicky, I could complain, and whine about wanting even more spatial sound awareness or bass. If you buy these and find that you do in fact want more amplification Sennheiser does sell the GSX 1000 audio amplifier which is advertised in the documentation for the GSP 500. It’s a device that can better simulate a true 7.1 surround set up. But seeing how I don’t have one, I can’t tell you how much better your experience will be if you invest in one. As it stands, the GSP 500 is a winner on its own and I highly doubt you’ll have a complaint about the sound quality upon putting them on. Sennheiser also warranties the headset for two years so you can have them repaired if something does go awry at that time.

If you’re looking to invest in a high-end audio solution the GSP 500 is one of the best sounding and versatile headset options out there. I can easily recommend this one.