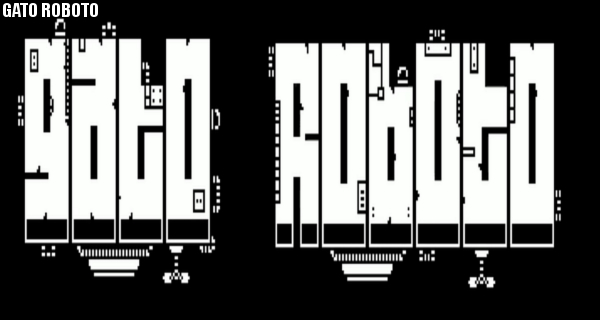 Like the term or not, Metroidvania games have seen something of a resurgence in the world of independently made games. Large maps where you have to slowly discover and uncover areas through exploration have been around for years. But the best games with this design philosophy have had their own little hooks that make them stand out from the crowd. Axiom Verge, VVVVVV, and The Messenger all had unique takes on the idea. And Gato Roboto also has its own things it brings to the table.

CONS: Short. Veterans may find their way through even faster.

HUMOR: This game will get some laughs out of you.

Let’s get this out of the way. Gato Roboto is an excellent game. I think most people who buy it will enjoy it immensely. You’ll enjoy the gameplay, laugh at the jokes, and the Undertale inspired character designs are pretty good too. Aesthetically, Gato Roboto also wears the clothes of games played on our IBM PC Compatibles, Apple II’s, Commodore 64’s, Atari 800’s, and ZX Spectrums back in 1984. Outside of a handful of other mentions, most games that take the retro look take inspiration from the NES. So Gato Roboto stands out from the crowd a tad bit more in this regard.

It also helps that everything about this game is so darn cute. It’s like the folks at Doinksoft pretty much knew this was going to have to resonate with the Hallmark Card crowd, and it really does. You play the role of a cat who is on a military vessel with its owner. You, being a seemingly oblivious pet step on a keyboard which causes the navigation system to go off course. This results in a crash getting you and your owner marooned on an alien world. Your owner can’t escape the wrecked ship, so you agree to go do the job they cannot. Fortunately, they know a little bit about the planet and give you some clues. 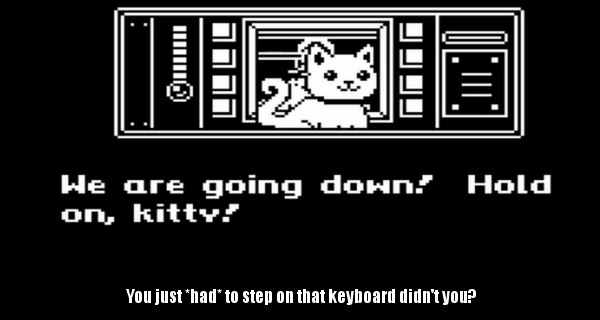 Before long, you’ll discover a lab that looks suspiciously like the save stations in Super Metroid. You’ll also find a vehicle that looks suspiciously like the vehicle from Blaster Master. And like the latter, throughout your adventure, there will be times you’ll need to get out of it. The difference is in Gato Roboto you’re entirely defenseless when roaming on foot. These moments have an element of stealth gameplay, where you have to sneak around or approach a situation like a puzzle. When riding around in your vehicle you convert into a tiny kitten themed mech. And much like the Metroid games, you’ll have to find items to give you more powerful weapons, longer health bars, and the ability to go places you previously could not.

It also has a bit of the pre-Metroid exploration games like The Nodes Of Yesod, and The Arc Of Yesod. Those games also had you rolling around a large map for items. But they didn’t scroll. Gato Roboto has some areas like this, where the screen just flips to the next one. And with the art style used, it really fits the motif. Even if it can be jarring with the spots that do have four-way scrolling.

If Undertale made you laugh, it will be apparent to you that Toby Fox was an inspiration here. There is a lot of similar humor here. Characters balk at certain interactions. They’ll make references that are just vague enough that the intended audience gets them. And there are a few spots where they go the opposite direction with reference humor to make sure everyone gets the gag. They also throw in some stuff that only pet owners or the friends or relatives of pet owners will get.

Through it all, everything feels pretty tight. There aren’t too many moments where you’ll die and wonder why. That said, things do feel different when exploring the world on foot than they do when you’re piloting a vehicle. You have a little bit more momentum when scrambling around on four legs. You have a different arc and sense of gravity when jumping. There are also places you can go on foot that you can’t when piloting your mech. It all feels really good. 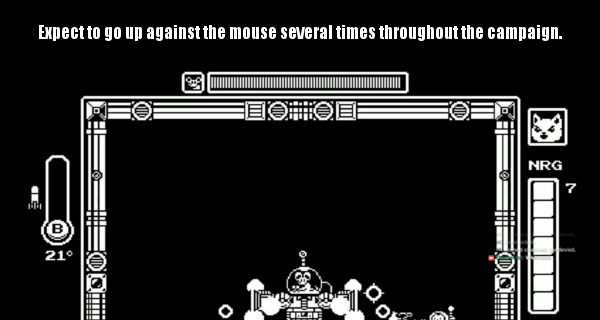 Boss fights usually feel right out of the Metroid games. Though there are a few that will hearken back to the NES Mega Man games. One fight, in particular, reminded me of a very specific Sonic The Hedgehog fight. While another reminded me of playing Super R-Type. So there are a number of old-school references geezers like me can enjoy along with the contemporary ones those I have a decade on will love as well.

Throughout it all, the audio soundtrack complements it well. If I had any complaints about it, there isn’t any particular tune that really stood out to me. Nothing that I know will make me go “I know this was from Gato Roboto!” years from now. But there’s nothing here that will feel out of place. 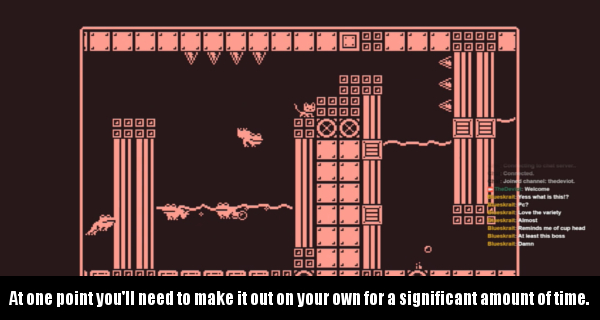 The only thing I feel that some people won’t like is just how short it can feel. My first playthrough was done in less than four hours. I found nearly 75% of all of the items in the process. By contrast, I probably put a good 20 hours into The Messenger, and Axiom Verge each. Be that as it may, Gato Roboto’s vehicle mechanic and collectibles do feel unique from other exploration games. It’s also a good candidate for speed running. In fact, one of its achievements on Steam is centered around it. As for the collectibles, you can find up to 14 hidden cartridges in the game’s map. If you manage to get them, they’ll allow you to change the color scheme from black and white graphics to other two-toned visual solutions. But more importantly, finding them all will allow an NPC to give you better equipment. If you go for a 100% completion run this might extend that playtime a bit. Especially if you decide to do that before trying to speed run the game or getting through it without going for the better items. 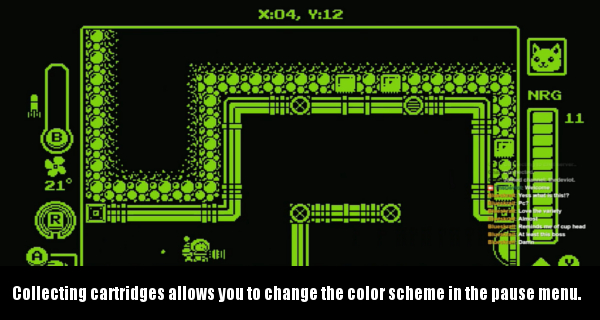 In conclusion, Gato Roboto does do enough to set itself apart from other Metroidvania style games. It’s very funny, has some challenging bosses, and some of the items can be pretty tough to get. I just wish it could have been just a little bit longer. On the other hand, a good game should leave you wanting more. Gato Roboto is a good game. One you ought to check out. Especially if you’ve already played some of its acclaimed contemporaries. And even if you haven’t, you’ll still likely enjoy it a lot. Especially if you like to get legitimate moments of comic relief in your games. Gato Roboto is one stray worth taking in.