Well, another year, another E3. Per usual there has been a slew of major announcements, directs, and panels. There’s a lot of talk about the Nintendo, and Square Enix presentations being the highlights of the year. While there’s no question there were a lot of major revelations and surprises that came from these two juggernauts, there was a lot of stuff overall. And while it’s true that some of the major panels turned out to be duds, there were some big titles that came out of the least hyped pressers.

E3 may not be as exciting as it used to be, but it still remains one of the biggest game-themed conventions around thanks to its long-standing relationship with being an industry, and press themed show. In recent years they’ve allowed fans to attend, but it is still geared far more toward showing off products than it is toward fandom.

In any case, every year I find myself more interested in some of the more obscure games than many of the popular ones. This year seemed to follow that trend for me, though there were still a couple of huge hits that squeaked their way in. In any event, read on. Maybe some of these will pique your interest too.

A lot of folks were probably way more hyped about Final Fantasy than a computer component. But for those who tuned into the AMD conference this year, this was a major revelation. At $499 it’s price competitive with as well as comparable to the Intel i9 9920k.  They also showed off the benefit of extra cores when showing off the 8 core Intel i9 9900k, and 12 core AMD 3900X chips running Division 2, with OBS, on maxed settings. While the game itself ran comparably, the stream quality was night and day. If you’re a streamer who is going to be in the market for a new build in July, this may very well be worth your consideration. Especially when considering the current 12 core Intel solution is $1200 as of this writing. 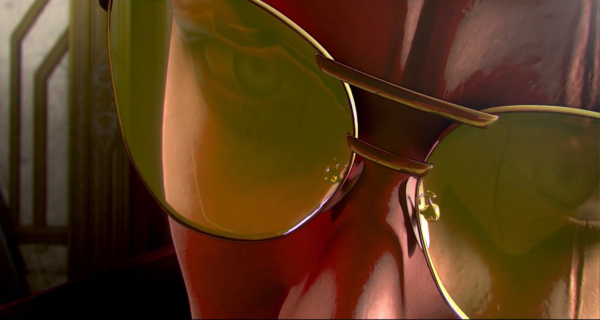 While Travis Strikes Again wasn’t fantastic, it wasn’t bad enough to sour me on the franchise. No More Heroes 1, had a great story, fun characters, and dark humor. Bogged down by a barren overworld. No More Heroes 2: Desperate Struggle was streamlined and a terrific hack n’ slash game as a result. All we really got was a trailer with a glimpse of familiar gesture moves. But it was well put together. It veered toward the stuff we loved about the first two entries on the Wii. So I’m cautiously optimistic that Suda51 will deliver.

We previously only had a glimpse of this one, but the expanded footage made this game look even cooler. Giant robot monsters. Robot Police Officers. Fast-paced combat that Platinum Games is known for. The aesthetics are bombastic. The visual presentation is something that gets a resounding “Yes.”. Hopefully, this game continues Platinum Games’ tradition of quality action games. 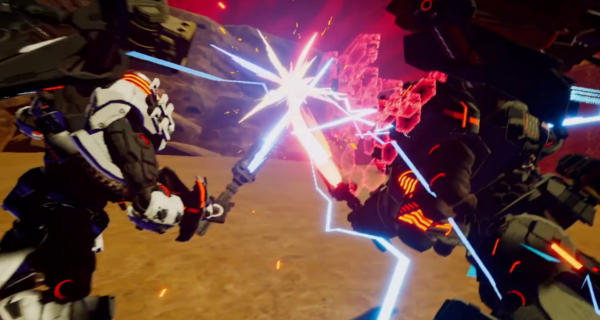 Last year Nintendo showed off a quick trailer of this one which looked amazing. Then they put out a short playable demo that gave us the basic concept. We know there will be a customizable character you can play as and that the system for doing so is deep. We know that you’ll be piloting giant mechs and that during missions you can even get out of them to fight on foot. The controls needed some fine tuning but other than that it felt like it would be a solid action game. This year’s trailer showed off a lot more. It looks even more expansive and the action looks even more hectic than before. Here’s hoping the extra time made everything that much better across the board.

06.) Enter The Gungeon: House Of The GunDead

Devolver Digital always seems to have a great conference every year as they’re able to find a way to tell people what they’re releasing candidly while lampooning current trends the entire time. They showed off a few cool looking indie games but then they dropped a bombshell. The company is bringing out an actual arcade cabinet based on Enter The Gungeon. This game is a rail shooter in the vein of Operation Wolf, but with full-on light guns. It looks awesome. While I don’t have space to house it or the budget to buy one, I am interested to see one in action. Hopefully, a convention like RetroWorldExpo or Portland Retro Gaming Expo may have one on display someday.

The Messenger was one of the coolest takes on the Metroidvania in a while. It had fantastic action, a great story and terrific time-travel themed feature that was used very well. If you still haven’t played it, you should. It’s awesome. For those who have played through the game and were left wanting more Devolver also revealed that the expansion pack to the game will be coming soon. Plus it will be free! The trailer shows off a new beach themed area, new enemies and even a cool octopus boss fight. Any excuse to fire up more of The Messenger is a good one. Let’s see what Sabotage has in store. 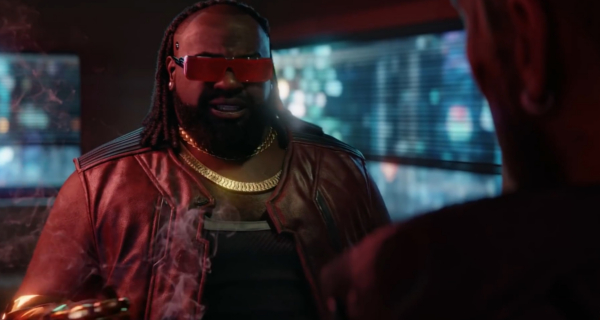 While RPGs aren’t my go-to genre, I can appreciate a good one and CD Projekt Red‘s next outing looks like it could be as big as their Witcher franchise. The expanded footage they showed off during Microsoft’s conference gave some nice details on the storyline where we’ll be playing the role of a mercenary in a dystopian future. The facial animations were quite impressive and the action looked great. This one may veer toward the Action RPG than the Witcher games did but even if that turns out to be true it will hopefully have enough to sate fans of the slower methodical pace of traditional RPGs too.

While it’s hard to say how this is going to turn out as Square’s segment on it showed very little outside of a prerendered trailer, I am intrigued. For a couple of reasons. First, People Can Fly is a studio that has always made fast-paced First-Person Shooters of a very high caliber. Painkiller was an amazing FPS with a Smash T.V. feel. It was like a darker version of Croteam’s Serious Sam. Years later they would find themselves working with Epic and EA where they made Bulletstorm. This was another high-quality game that felt like Half-Life 2’s linear style of action game in one sense. You played through different set pieces as the story demanded. But on the other hand, the action felt a lot like Platinum Games’ MadWorld. You had to find creative ways in the environment to dispatch your enemies for big rewards. Oddly enough, Steven Blum voiced the protagonists of both Bulletstorm and MadWorld. Outriders will be a completely different kind of experience. It already seems like there will be some sort of hero or class system. But the character design looks really cool. Especially the monsters you’ll fight which remind me of the old Inhumanoids toys. Couple those toys with People Can Fly’s track record and we may see something special.

02.) The Legend Of Zelda: Breath Of The Wild Part II

Yeah, I know everyone is pretty much excited for this one. But seeing how great the first one turned out coupled with the imagery from the teaser, you can bet I’ll keep an eye on this one. There was a lot of Zelda shown off this year between the reboot of Link’s Awakening (which looks adorable by the way. I love the claymation art style going on), and Caydence Of Hyrule. But this one already looks pretty amazing. It’s probably a good two years out, but it looks great.

I’m going to preface this by saying that no, the original game wasn’t perfect. It had its share of bugs. When you made it to the highest level of play there were ways to exploit the movement system to do things the developers didn’t think possible. And while the expansion pack was fun, the lack of a true Team Objective mode meant many fans merely dabbled in it whereas in the base game they poured scores of hours into it. But in the grand scheme of things Chivalry was, and still is one of the most enjoyable competitive First-Person action games of recent memory. It did something few other games thought of at the time: Take the objective focus of a Modern Military Shooter like Battlefield and change the setting to the Medieval period. And while the game really veers into the Hollywood action side of things by portraying everything similarly to old time castle siege movies, there is some realism. The weapons in it existed. The missions take liberties with some of the dark war practices of that part of history.

So the original game was a blast in spite of all of its faults. This game looks to build upon the original’s solid foundation by adding new features. You’ll get to ride horses bringing essentially vehicular combat to the game. You’ll have newer objectives apparently. And they claim that the slashing action is being completely overhauled so some of the cheap looking stuff that could be done in the first game won’t be replicated here. I loved the original game so much that I put hundreds of hours into it. But as much as I love Chivalry I am tempering expectations a bit. The 1-year exclusivity with the Epic Games storefront is going to be a turn off for some. And while Mirage: Arcane Warfare was a fantastic take on the Hero shooter, it was a commercial failure. One can only hope that didn’t leave too bad a taste in the mouths of some buyers. All of those caveats aside, I really do hope Chivalry II lives up to Torn Banner Studios‘ advertised features. The trailer looked fantastic and something fans of the original 2012 release have wanted for a long time. It’s due out next year so hopefully, it shows up ready for primetime.

So there you go. Ten of the things that I was really invested in seeing. By no means is this complete, but these are the ones that stayed the freshest in my mind. But how about you folks out there? Feel free to comment below! Perhaps there’s something I missed or overlooked!