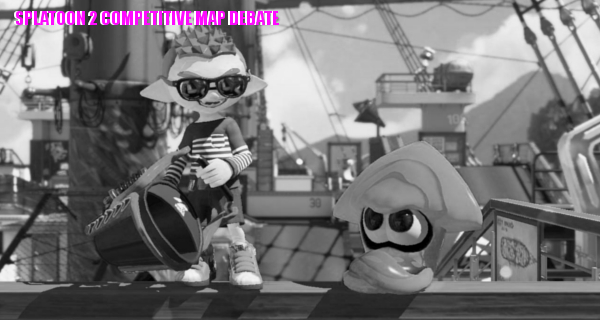 Recently, one of the top European Splatoon 2 players did a couple of video episodes on their thoughts about how they felt they could grow the community. Ways to help not only the top players keep their knowledge of the game ever-growing, but to welcome more people who are new to the multiplayer aspect of the game into playing more competitively. One of the major thoughts he had about this was to have the tournament scene agree on reducing the number of maps to use.

ThatSrb2DUDE argues that due to the fact that there are four major modes in the game (five if you find the odd tournament that includes the base Turf War mode) there are north of 100 maps in the game when you consider that there are small changes to each map for each mode. For example, if you fire up Shellendorf Institute on Splat Zones, you’ll notice some slight alterations to the basic Turf War version of the map. And that this added complexity could potentially turn off some people from getting into the competitive side of the game because of it. Instead of knowing 23 basic maps they have to know the 23 basic maps plus the four variations of each. So in a way, yes that’s 92 if you count variations. 115 if you’re also counting the basic Turf War mode as well. As he points out, most of the tournaments don’t play Turf War, but a handful of tournaments do play them so it’s worth noting.

I want to start out by saying I do see where this movement comes from. If you’ve never played the game or you’ve only played a little of it and then decide you’d like to see what competitive gaming is like,  that is a lot of nuances to get by. Many of the changes to the maps between are true, minor, but they can greatly change the methods of which you traverse your way to the goals.

Be that as it may, I think I have a unique perspective on this, as from 2002-2009 I played a lot of competitive Unreal Tournament games. Now while I was never anywhere near a top dog in terms of getting out to scores of tournaments and racking up wins, I was in a clan and we had a lot of scrimmages. UT, UT 2k3/2k4. and UT3  all featured a scene with far more maps than Splatoon 2. That’s because not only were there whichever maps came with the game but also multiple modes and the community created thousands of maps and mods. Many of these also were played in tournaments.

He brings up the point in the video that some may cite a lack of variety if some map/mode combinations were ignored but that all 23 base maps would have at least one of their variants played so there would still be variety. And that is true. But from my time in UT, the map variety could be endless depending on the given tournament you were in. But many would point out and rightfully so, that in UT most of the maps were made for specific modes. Facing Worlds was made for CTF for example.

Still, it was possible for the community to alter maps for other modes or even invent entirely new ones. I know my clan had a hell of a time playing 2k4 Freeze Tag, a fun take on Team Deathmatch where everyone was frozen in place when killed, and a teammate would have to revive you. The round would end when one side was entirely frozen. It’s the vast kind of variety that I became accustomed to. If my memory serves me right a number of contests implemented some of this community content. Modes, maps, bright skins, the list goes on. But of course, some of these events had their own specific rules. It wasn’t just one wholesale ruleset across the board. On our server, we kept a large swath of maps going in the UT2k4 rotation. Ask most veterans of the game, and they’ll tell you as great as a map as it was, playing only Rankin could get old quick. (It was the lone map on many of the demo servers that let you try the game out.) That isn’t to say there weren’t favorites. Every UT had a variant of Deck. The original version had Conveyor, the iconic Facing Worlds and the beloved low gravity map Morpheus. UT2k4 gave us the aforementioned Rankin, Citadel, Albatross, and many more. UT3 had a few memorable ones too like Shangrila, Tolan, and Rising Sun. And it wasn’t long before each game would see ports of each other’s maps showing up in addition to the slew of community content.

And I think that’s where my opinion would lie. I think every tournament should be able to decide on their own which maps and mode combinations are permissible. The exception being a Nintendo backed tournament, where Nintendo would probably decide that. But since they generally do their own World Championships I don’t think that would be an issue. This way one show might allow for say Clam Blitz on Walleye Warehouse when another show might not.

I think within those organizations though they should hear all opinions because not everything the top players want is going to be appreciated by the lower-ranked players until they get to that level. At the same time, sometimes someone who is starting out can bring a perspective the more skilled players hadn’t considered before, and the organizers can try to find a ruleset that they feel best fits the needs of the different player levels.

Having said all of that, I know the current professional players have a much different perspective than I do being on a different (ie: higher) level. They’re going to know things about the game that I don’t. They’re going to have a larger range of experience and knowledge seeing they have played thousands of hours more than someone at my level. Against the best players in the world, I should add. They are going to have information that is invaluable. So that isn’t to say I’m completely dismissing the idea of a mode reduction should all of the shows adopt it. And if I were to enter a tournament with three friends I don’t think any of us would suddenly not play because Arowana Mall‘s Tower Control variant wasn’t included.

But opinions were called for across the spectrum. And because I religiously played a game that called for an insane number of variations at the time,  I have no problem personally, with the maps in Splatoon 2. Or their variants. Although I will concede that ThatSrb2DUDE’s point about clams spawning near goals in Clam Blitz could be seen as cheap. If you have someone stocked up on Ninja perks, and speed perks, they could conceivably sneak into enemy territory, and rack up a bunch of free points before getting noticed with little effort. Maybe that’s something Nintendo could look into with a future patch. 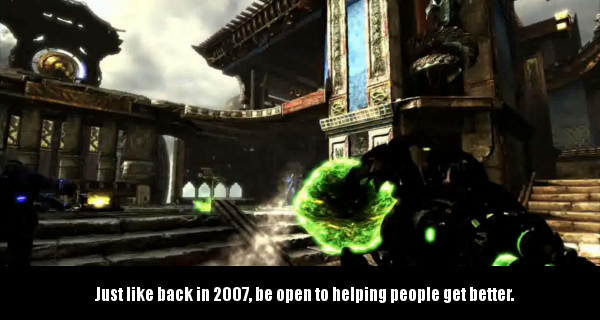 In closing, I will say one thing I absolutely do not want to see happen is barriers being placed in between skill levels. Let me explain what I mean, using a game I loved playing as an example. Near the end of its peak, Chivalry: Medieval Warfare had a lot of beginners pick it up during deep discounted Steam Summer Sales. And they weren’t being retained due to the high skill ceiling. Now part of the turnoff obviously were some of the indifferent or even sometimes cold veterans whose attitudes were “Git Gud” rather than ask “What are you needing help with?” But worse than that, the developer didn’t address their concerns either. Instead of helping to cultivate a better environment they created “Beginner” servers where only low-skill number players could play together. In doing this it didn’t enable any of them to learn any nuance or meta-strategy. So when they got too high a level to play on the beginner servers they were just thrown to the wolves and slaughtered where many just stopped playing altogether. As wonderful as that game was, It was a huge problem that ended the life of that game far sooner than it should have. I don’t see that happening in Splatoon 2, at least on Nintendo’s end. They’ve always been good about trying to make games interesting for dabblers and enthusiasts alike.

But I don’t want to see that happen in circles of the community. You don’t want to have a system that coddles new players. They’ll never grow without challenges to overcome. But you also don’t want to inadvertently create a gatekeeping scenario where only people already way into the game will want to get invested. It is a video game after all, and most of us, even the competitive ones want to have fun. More importantly, we want people to play against, and those people are only sticking around if there’s some fun to be had in doing so. So if you do see someone new playing the game on stream or at a convention or your house, be welcoming to people. One thing I’ll never forget about Unreal Tournament III was a loading screen tip that rings true. “Practice good sportsmanship. You were an n00b once too.”

Again I’m not a top dog in Splatoon 2 by any means. I’m just a big fan of the game trying to grind his way to X rank if it’s possible. I’m not in a clan and I’m probably one of the older fans as I have the salt and pepper on my chin as I crack open my can of IPA. Still, I think for a geezer in the “A” ranks, I hold my own most of the time. And no I don’t think the game should be UT, I very much enjoy it for what it is. It’s an excellent and unique take on one of my favorite genres. But I see parallels at times. Having a wide range of modes and maps is one such example. 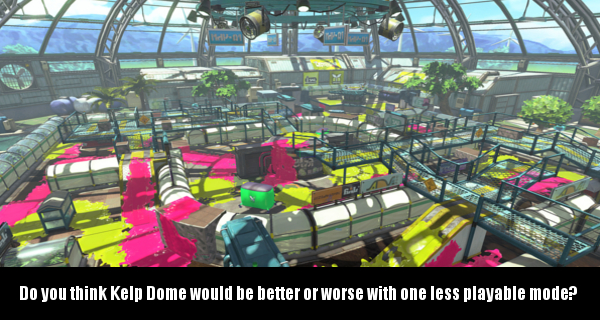 Anyway, if you play any Splatoon 2 or even if you don’t, what do you think? ThatSrb2DUDE posted a link to a survey, that I’ll put below! It runs to 11/8/19 so you have a few days to look it over and make your voice heard. And hey, again, I am not a top-level player by any means so don’t take my opinions as facts here. But if you do happen to be at the top of the mountain reaching for the brass ring, I hope something I’ve talked about is at least useful to some degree. Either way, it’s definitely an interesting topic to weigh in on whether you’re a top-level player, a fan like me who plays regularly, or even an occasional dabbler.